What Makes Our Magnesium Unique 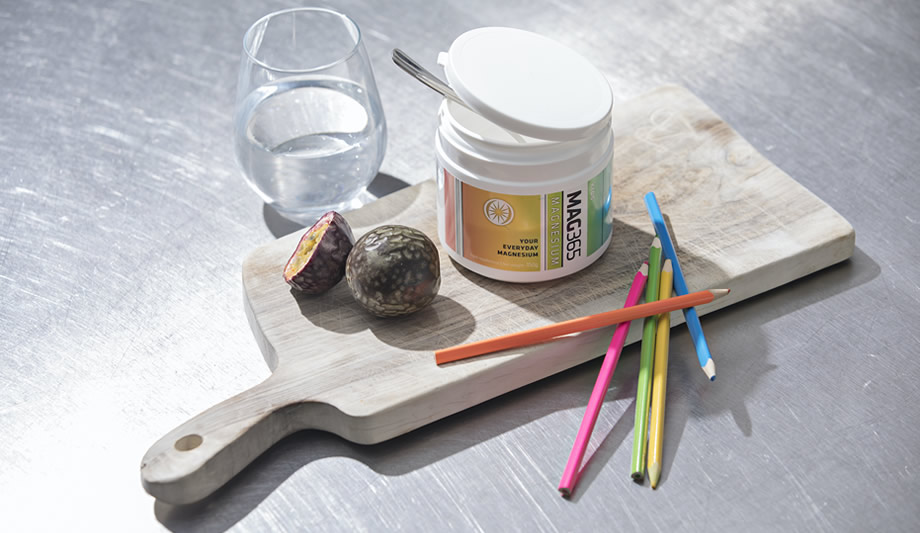 Ionic is a word that is hard to understand and is easily misunderstood because of its multi-faceted nature. Read below to learn more about what ionic means.

MAG365 vs other magnesium citrate powders

If you were to mix up MAG365 in a glass of water, once it finished fizzing, you would see that the MAG365 appears translucent.  It looks just like water and as if nothing was added.

However, if one then took a different brand of magnesium citrate powder in a glass of water, there would be a large difference between the other brand and the MAG365. There would be no “fizz” or activation process and the other magnesium citrate powder would have settled on the bottom of the glass (because it doesn’t blend properly) which causes the liquid to look murky.

By this elemental definition, all magnesium citrate is technically coupled together by an ionic bond,2

and one might assume that all magnesium citrate is “ionic.” That definition is correct if referring exclusively to the difference between covalent and ionic bonds.

Equally, if someone were to say, "all foods are organic," they would be technically correct because all foods contain carbon compounds.

According to the principles of chemistry, a salt is “a solid chemical compound consisting of an assembly of cations and anions.” Salts are composed of related numbers of cations (positively charged ions) and anions (negative ions) so that the product is electrically neutral (without a net charge).4 There are positive and negative ions; cations are positive and anions are negative. Table salt it is a solid chemical compound consisting of Sodium cations (+) and Chlorine anions (-).

MAG365 is ionic because the molecules dissociate when the chemical reaction occurs.

In other words, you get a dissociated magnesium and citrate molecule, a water molecule and a carbon dioxide molecule.

The definition of dissociation in chemistry is “a general process in which molecules (or ionic compounds such as salts) separate or split into smaller particles such as atoms, ions, or radicals, usually in a reversible manner.”5

This dissociation into smaller parts such as ions is referred to as “ionic,” and it is what makes MAG365 highly bioavailable to the body. Technically we should say that MAG365 is a dissociated magnesium citrate; however, we feel that ionic magnesium citrate is easier understood by the public.

Because magnesium citrate is a salt, it doesn’t ionize easily in the body for many of us, which translates to poorer absorption rates. MAG365, on the other hand, is pre-digested in the mug as it is already in an ionic form.

If you leave MAG365 alone for long enough, the magnesium citrate salt will precipitate out and you will observe a white powder at the bottom of the liquid. At this point, the product is no longer dissociated (ionic) and is akin the aforementioned powders you find in jars or capsules.

While this makes the process seem straight forward, there are many factors to consider. For example, there are variations in magnesium carbonate and citric acid, and using the correct kind in the correct ratio is part of what makes our proprietary process so unique. Others have tried to emulate MAG365 with little or no success and have ended up with their powder hardening in the jar, having an improper pH balance, or having issues getting it to fizz or taste right without a lot of sweetener and additives. MAG365 is pure with no fillers or common allergens.

ITL Health also manufactures PrizMAG, which is a chelated mineral in a vegan pullulan capsule. One magnesium molecule is held by two glycine amino acids. The word chelation comes from a Greek word meaning “claw,” and one could say it is like two “claws” are holding the magnesium in place.

Our gastrointestinal tract readily absorbs amino acids and will just as easily allow the transport of a magnesium that is attached to these two amino acids. This is why PrizMAG works well even though it is not in an ionic form.

PrizMAG is a comprised of pure magnesium bisglycinate and we can only fit 80mg of elemental magnesium into a single 00 capsule. Anyone claiming more should be investigated for buffered magnesium or larger capsule sizes. Bisgylcinate and glycinate are used interchangeably.