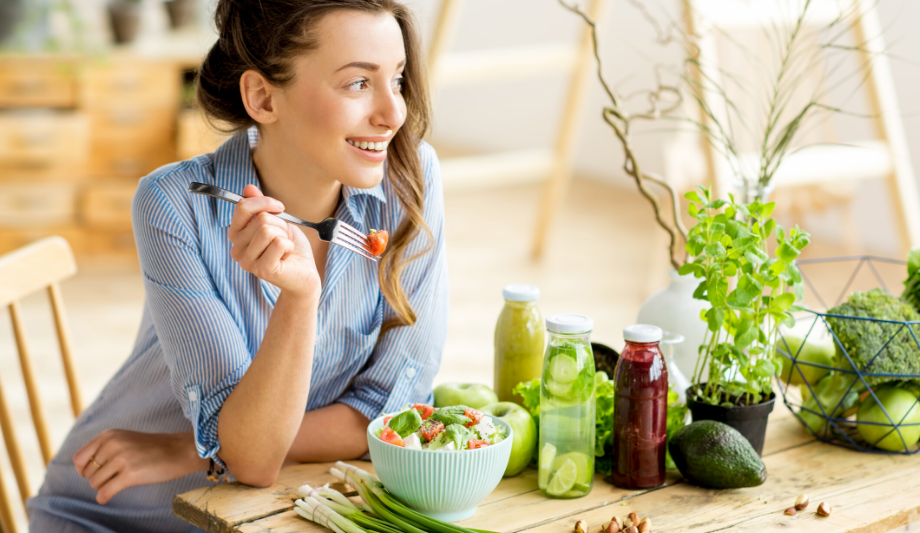 Are You Eating Healthy?

An apple a day keeps the doctor away? Probably not. According to the Nutrition Security Institute that apple has lost 82.7% of its magnesium and high percentage of other important nutrients in the last 100 years. Eating Healthy is much harder today.

The nutrient content of our food has decreased significantly compared to fifty years ago. While most people believe that you can obtain all your nutrients through diet alone, healthy eating is much more challenging now than it was years ago. Modern farming practices propagate select varieties of crops and use farming techniques aimed at higher yield and economic gains, and not nutrition. Not only does our food contain fewer nutrients these days, our processing methods deplete them (especially water soluble ones like magnesium) even further. So even if you eat a balanced diet, chances are you could still be suffering from some form of mineral deficiency.

It was in September 1997 that the Organics Center came up with a report titled "Still No Free Lunch: Nutrient levels in U.S. food supply eroded by pursuit of high yields," authored by Brian Halweil of the Worldwatch Institute. The report highlighted that when it comes to eating fruits, vegetables and grains, bigger does not necessarily mean better and more nutritious. It found clear evidence that as the produce we eat gets larger in size, its vitamins, minerals and beneficial chemical compounds diminish, as do taste and aroma.

Around the same time Massachusetts-based natural health institute called Kushi Institute, analyzed the nutrient levels in food by studying the USDA nutrient data from 1975 and 1997, and they uncovered a disturbing trend. The average mineral levels in 12 fresh vegetables had declined—calcium levels had dropped 27 percent, iron levels had dropped 37 percent, vitamin A levels, 21 percent; and vitamin C levels, 30 percent.

USDA figures from around that time also corroborate the decline in mineral and vitamin content of several fruits and vegetables between 1963 and 1992. (See Table 1)

The decline continues. In 2000, 'Organic Magazine' compared nutrient values of foods as listed by the USDA in 2000 with those listed by the USDA in 1963. Vitamin A in some vegetables such as carrots seemed to have actually increased, along with some minerals. But nearly all other fruits and vegetables showed large decreases in many nutrients. Vitamin C in sweet peppers had dropped from 128mg to 89mg. Vitamin A in apples had dropped from 90mg to 53mg. Here is a sample of the decrease they found:

This is troubling news for people who are trying to eat a healthy diet. Even healthy foods—fresh fruits and vegetables—may not be as healthy as they once were.

Dr David Thomas, a nutritionist, believes that modern horticulture methods together with new varieties of crop, longer storage times and long-distance transport have caused changes in the nutritional value of the foods we eat. Some other specific reasons are:

1) We are losing mineral-rich top soil
The world is losing arable topsoil at a rate of 75 to 100 Gt. per year. At this rate it is estimated there is only another 48 years of topsoil left. Over-farming, loss of protective ground covers and trees and lack of humus have made soils vulnerable to erosion. The world is fast running out of the good soil in which to plant food.

2) Soil that is left is deficient in minerals
Soil needs time to reconstitute itself, and new food production techniques with emphasis on output give it no time to recover its health. There is no provision to make up for lack of minerals in the soil other than the NPK (Nitrogen, Phosphorus and Potassium) chemical fertilizers which are liberally used. NPK fertilizer is highly acidic—it disrupts the pH (acid/alkaline) balance of the soil and destroys microorganisms that change soil minerals into a form usable by plants. In the absence of these microbes, these minerals are unavailable to the plant. Stimulated by the fertilizer, the plant grows, but it is deficient in vital trace minerals. Nutrients like magnesium are being taken out of the soil via the crops that are harvested but are not being replenished by any method.

3) Cheap food/Good-looking food
Growing bigger apples and golden ears of corn leads to a bigger yield, but often the trade-off is the lower nutritional value of the entire produce. Because of the research done by plant scientists and crop breeders, farmers have been able to double or triple their yield per acre of most major crops and fruits. However, Donald Davis, a senior researcher at the University of Texas, who was studying the disappearing nutrients from 43 common fruits and vegetables over 50 to 70 years, found that the higher-yielding the crop, the less the amount of cancer-fighting chemicals and anti-toxins (phytonutrients or phytochemicals) in it. Food scientists are just beginning to understand how valuable these phytochemicals actually are. Davis says: "We can only guess what the loss of these from high-yield farming will mean to the health of the consumer."

4) Much-travelled food
"Among the most pressing public health problems in the U.S. today are obesity, environmental degradation and health disparities," said Alice Ammerman, director of the U.N.C. Center for Health Promotion and Disease Prevention. "Contributing in a big way to each of these problems is our current food system, with its heavy dependence on fossil fuels such as fertilizers, pesticides and gasoline for large-scale production and long distance transportation of often high-calorie, nutrient-poor food, from farm to processing facility to table." While there is no real evidence yet that eating locally farmed food is better for you, however, there are many reasons to believe that locally grown food (foods produced within 100 miles of your homes) might be better for you than produce purchased in the supermarket. Being in transit or cold-stored for days affects not only the taste of your food, but the nutritional value of the food also declines. A study in Florida showed that freshly picked oranges averaged 180mg of Vitamin C per orange. Oranges from the same crop, randomly selected in the supermarket later showed Vitamin C levels from 0mg ~ 70mg.

5) Refined and convenience foods
Diet patterns of families are changing and refined foods are consumed in such amounts that intake of minerals and vitamin-rich foods is far lower than it should be. The magnesium content of refined foods is usually very low. According to Dr Ronald Elin (University of Louisville) and Dr Robert Rude (UCLA), refining and processing of grains and other foodstuffs typically results in loss of 70% or more of the magnesium content (as well as other nutrients). The conversion of wheat into flour results in a loss of 82% of magnesium. Refining rice into polished rice sacrifices 83% of the magnesium. Milling corn into corn starch loses 98% of the magnesium. When soy beans are cooked, they lose 69% of their magnesium. Quick-cooking oatmeal provides only about 15% of the magnesium obtained from the slow-cooking cereal. Magnesium and other mineral deficiencies are more likely in those who eat a processed-food diet; in people who cook or boil all foods, especially vegetables.

Why is Nutrition Density Important for Eating Healthy?

The USDA advises that we should be eating 3 to 5 servings of vegetables plus 2 to 4 servings of fruit a day to maintain good health. That is potentially 9 cups of vegetables and fruit a day to eat healthy. How many people do you know that eat that many fruits and vegetables daily? Harry Balzer is vice president of NPD Group, a firm that gathers information on the eating habits of Americans. He says that most North American meals are one-dish pre-prepared meals with vegetables as mere side dishes. Within the last 15 years, the percentage of all dinners including a vegetable (other than salad or potatoes) dropped 10%. This trend becomes even more alarming if we add to it the fact that not only are Americans eating less healthy, but that even if they were eating more healthy, they would still not be getting the required amount of vitamins and minerals. As early as 1930's, scientists had warned that restricted fertilization would lead to a rise of chronic, degenerative diseases. Now conditions such as heart disease, cancer and adult onset diabetes are appearing more and more in the developed world. In 1996, UDSC released a study that correlated decrease in minerals in food to various health issues prevalent in the modern North American society. (See Table 3)

How to Make up for the Less Nutritious Food

1) Buy locally grown organic food. Absolute nutrient content has so many variables, such as soil fertility, ripening times, etc, but research shows that produce picked at its peak has the highest nutrient content. Once picked, fresh produce will gradually start to degrade. By eating locally and with the seasons, we eat foods when they are at their peak taste and when they are the most abundant nutritionally. Organic farmers let soil reconstitute itself before planting and use organic manures so there is a possibility that the soil they use has the right chemical composition, hence their produce is likely to be more nutritious.

2) Take vitamin and mineral supplements. There are good reasons to take supplements. The bioavailability of the nutrients in supplements is 100% compared to food which is very unpredictable. "Taking a multivitamin is risk-free and could have tremendous benefit," says Aileen Burford Mason, a biochemical nutritionist and a Toronto-based nutrition counsellor. Dr. Burford Mason stresses that eating well is essential and that supplements complement good food choices. As someone who has spent her career studying the importance of various micronutrients for overall health, she is also adamant that, no matter how careful people are about their diet, they need help from supplements.

Could you be Magnesium-deficient?

The Daily Value for magnesium is 400 milligrams from food and supplements. Stress, restrictions on diet or too much sugar deplete the magnesium level in your body. Even if you are particular about eating a well-balanced diet, chances are that you might still need to fortify your daily requirement with supplements like award-winning MAG365 Ionic Magnesium Citrate.